A visitor to a Skye church in 2006 heard Gaelic psalm singing for the first time. "It reminded me of Elijah going up to heaven in his chariot", she said.

Languages are about words, but 'words' are not the only element in a language. What joins words together? Where do words come from, and how well chosen are they? The 'oyster catcher' is a seabird who rarely eats an oyster, whereas "Saint Brigit's servant" (gille-Brìghde) wears his calling (the shape of a cross) on his wingspan. The Gaelic for 'meadowsweet' is 'Crios Chù Chulainn' the belt of Cuchulain. Why? Because the attempted cure for a very bad temper is to be bathed in the scent of the sweet flower by a flurry of maidens worked wonders, so the Fingalian warrior has worn the flower on his belt ever since! There is almost no question more important to the Scottish Gael than the one of belonging. "Cò leis a tha thu?" means Who do you belong to? It is a warm presumption, the Gaelic one, that we all belong. Families often have members with the same name. The father might be Murchadh mòr (’big’ Murdo) while his son is Murchadh beag (’wee’ Murdo). In a culture where it is still not uncommon to honour one’s father or mother by naming your child after his or her grandparent, people grow to have a unique identity in light of their parenthood.

It would be unusual for someone of longstanding in Staffin to speak of her neighbour as Ann Macleod since this is a common name here. It is much more likely for the woman to be known as Annag ’ain Alasdair (Ann, daughter of John, son of Alexander). Once you are known by a particular identity though you would spend fifty years in the United States - the traditional community will always refer to you in light of ’who you intimately belong to?’ - and where precisely. There must be no room for doubt. This way of naming is what we call your sloinneadh, and it means that we each have an identity more individual than our fingerprint. You can belong in relation to a particular place. Lachie Gillies no longer lives in his original township, but it is fixed in the tradition that he is always spoken of as Lachaidh Marisiadar. Or maybe you know a mature gentleman with a bare bald head who is known as Dòmhnall Ruadh. If you are new to the Gàidhealtachd (Gaelic Scotland), you can glean that in his youth Donald would have sported a fine head of red hair. The well- known Skye poet, Aonghas Dubh, is another example of this naming practice - except that instead of Angus black hair falling out, it went pure white. It is true that you don’t need Gaelic for a holiday in Skye or even a lifetime in Scotland. And furthermore, many of our place-names are Norse.

The Vikings had a tendency to pay homage to the bold features in our landscape. That is why they named Staffin after its basaltic pillars. And Trotternish was their way of proclaiming Skye’s north- east peninsula as Tronda’s (in other words, a Viking) headland. Our Scandinavian heritage is undeniable, and an intriguing part of who we are as people. But to move in close to the human spirit here; to connect meaningfully with lives past and present - this involves at least in part a willingness to understand and grapple with the Gaelic language.

It’s a tantalising language. Who could have forseen that Scotland’s Gaelic college, Sabhal Mòr Ostaig’ in south Skye would one day reclaim our Gaelic heritage on a piece of land known as An Teanga - the tongue’? If we treasure and develop our knowledge of Gaelic, the reward will be a lifetime of fascinating discoveries. We can then feel humbled by the story that underlies Loch Leum nam Bràdh the loch of the leaping quernstones. Or we can visualise the route, in the days before cars, of ’the pass of the walkers’ where Bealach nan Coisichean is clearly marked on the Ordnance Survey map. For our landscape is permanently impressed with the footsteps of its forebears. That is why we express a millennium in light of those who have gone before us. How long is a very long time indeed? "As long as there has been a Nicolson in Rudha Hunish, or a Macaskill in Rudha an Dùnain" Cho fad’ is a bha Neacallach ann an Rudha Hùnais agus Ascallach ann an Rudha an Dùnain.

Gaelic belongs to the Indo-European family of languages, being a member of the Celtic group of that family. Welsh and Breton belong from the Brythonic Celtic branch, while Irish, Manx and Scottish Gaelic are of the Goidelic Celtic branch. There are eighteen letters in the Gaelic alphabet each letter memorised by children long ago with an accompanying indigenous Gaelic tree. In the early years of the third millennium, there are still thousands of languages spoken in the world - though someone has said that every fortnight another minority language dies. Five hundred years ago, Gaelic was spoken by 50% of Scotland’s population. Today that figure is less than 1%. Our tongue is fluently spoken by 58,000 people in Scotland. But let us not be deluded. The matter of whether Gaelic survives to the fourth millennium might appear an absurd one for our generation. But it is a personal decision which each Gaelic speaker and each enthusiast - must make for him or herself. The spirit of Gaelic is about belonging. Let’s engage our hearts to ensure that Scottish Gaelic does not become a Vanishing Voice among the Languages of the World. 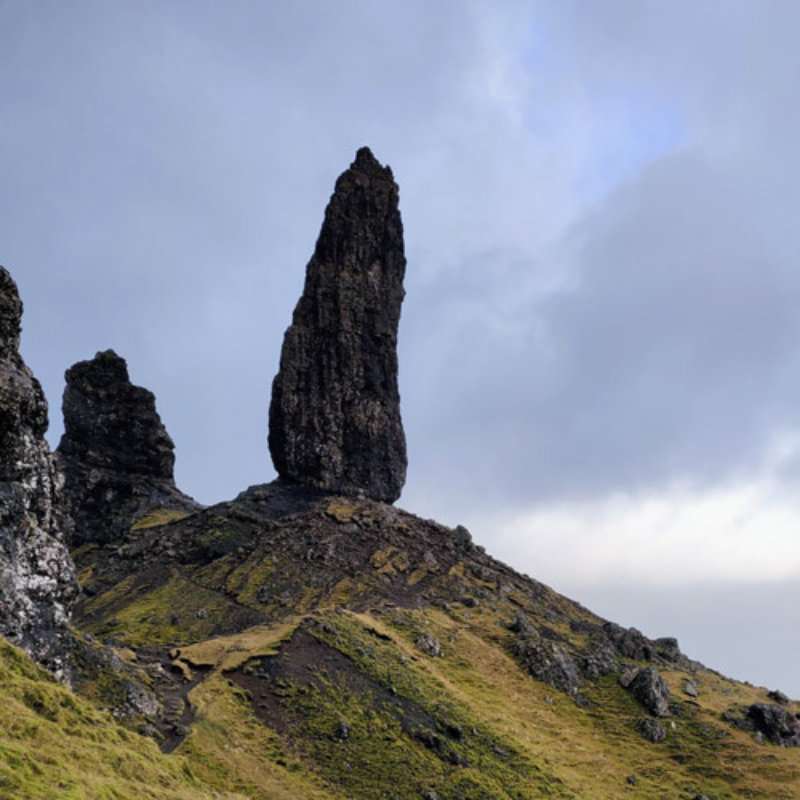